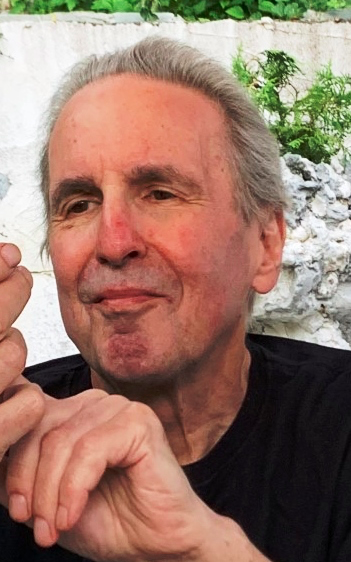 We will miss Jon Philips who passed away on Wednesday, March 4, 2020, at the age of 67 after a heroic fight against cancer for 3 and a half years. He is survived by his wife of 42 years, Ginnie Gardiner.

Jon W. Phillips was a “force of nature” in the Exon 20 Group, serving on the Exon 20 Council for more than 3 years and, working closely with other Council members to tame a very rare exon 20 gene mutation into a more manageable lung cancer.

Jon co-chaired the Exon 20 Group’s Angel Buddies Program and advised patients from Australia to India, the Netherlands, and , across the U.S. on side effects, management, and other issues. Patients and their families loved him. A scintillating and provocative writer, Jon pioneered journaling the patient experience for the Exon 20 Group, keeping a detailed patient diary and teaching others how to chronicle daily life fighting cancer. The board of directors of the International Cancer Advocacy Network (ICAN),, sponsor of the Exon 20 Group, has named a special program in memory of Jon: The Jon W. Phillips Patient Journal Program, askican.org. Working with a team of six of the country’s top lung cancer specialists, Jon was the very definition of “proactive patient”; his passion was to assist other patients diagnosed with the same ever-challenging gene mutation.

Jonathan was also a passionate community leader in environmental protection. Here is a statement from the members of Keep it Greene:

“If not for Jon, there would be no Keep It Greene. He was a principal founding member and Chair and he gave us our name. Jon was smart, sharp, funny, and full of rage against the rip-off artists operating against community interests. He combined his extensive news digestion skills with formidable recall to get on top of virtually any issue with which he chose to engage. And those issues could be remarkably diverse. His rage was coupled to a practical determination to push back. When Wheelabrator Industries quietly targeted Catskill to serve as home for a new toxic ash dump, Jon provided pivotal and early leadership to ensure that the ash dump was not approved. His research skills were used to gather vital information that informed the community about this environmental and health threat. ’Get your ash out of Catskill!’ was his Wheelabrator battle cry. We have lost a leader, but we are grateful for the example he set of high purpose when protecting the environment and his community. “

Jon’s diverse background dramatically bridged the worlds of art, politics, business and real estate. Jon was working on a non-fiction manuscript spanning the 20th Century about the history of New York City’s largest luxury apartment building, the Belnord, where he grew up on the Upper West Side. An artist with pieces on display at the Ellis Island Immigration Museum, Jon was the first artist-in-residence appointed by The Central Park Conservancy and Parks Department. He was also the founding Executive Director of “We Care About New York,” working for Marian S. Heiskel of the New York Times, Willard Butcher of Chase Bank, N.A., and Donald C. Platten, of Chemical Bank to formulate Clio Award-winning campaigns against litter and graffiti.

Jon graduated from Riverdale Country School and received his B.F.A. at Cornell University, where he met Ginnie in 1970. They both graduated from Cornell in 1974 and in 1978 were married in New York City. They lived in Manhattan’s Chelsea neighborhood from 1978 – 2004. In 2005 they moved into an historic Federal building in the Village of Catskill, New York, a community that inspired Jon’s activism and affection until his death.

Per his wishes, no memorial services are planned for Jon. In lieu of flowers, charitable donations may be offered to “ICAN”–Jon Phillips Program, 27 West Morten Ave., Phoenix, AZ 85021-7246 or askican.org or to Keep It Greene, POB 85, Catskill, NY 12414. Cremation arrangements are by Millspaugh Camerato Funeral Home, Catskill. Messages of condolence may be made to MillspaughCamerato.com.